Slow Suicide….It’s Not What You Think 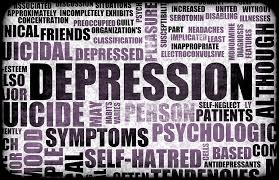 Mental health issues is an important subject in the African-American community. Sometimes the cries for help go unnoticed because the person does not directly say they  want to harm themselves or others. But instead they exhibit unhealthy behaviors, that lead to a slow death, such as  excessive use of drugs and alcohol. Depression, is the biggest contributor to this slow suicide. Please see the following warning signs and help save the lives of a loved one.  Be encouraged there is something you can do to help.

Are There Risk Factors for Suicide?

Adverse or traumatic life events in combination with other risk factors, such as clinical depression, may lead to suicide. But suicide and suicidal behavior are never normal responses to stress.

Other risk factors for suicide include:

Are There Warning Signs of Suicide?

Warning signs that someone may be thinking about or planning to commit suicide include:

Be especially concerned if a person is exhibiting any of these warning signs and has attempted suicide in the past. According to the American Foundation for Suicide Prevention, between 20% and 50% of people who commit suicide have had a previous attempt.